In these days of increasing child obesity it is refreshing to find an organisation that is helping to buck the trend. The Thanet Primary Association for School Sport, or 'Thanet Passport' as it is more popularly known, helps organise and supports all primary school sports festivals and competitions across the District and the figures are impressive.

Since its formation in 2011, Thanet Passport now has annual participation figures of more than 10000. Over 4000 pupils a year, that's a third of children attending primary school in the Thanet District, have taken part in at least one of the 70+ Passport events and festivals. 26 sports are currently on their calendar - American football, athletics, basketball, cricket, cross country, dance, dodgeball, football, golf, gymnastics, handball, hockey, netball, orienteering, rounders, rugby league, rugby union, skipping, speed stacking, squash, swimming, table tennis and tennis. New sports are being introduced all the time with others in the pipeline, such as volleyball, sailing and archery.

Chairman of Thanet Passport, Gary Rees, a former local Headteacher and PE co-ordinator, is one of the founders of the organisation. He is justifiably proud of what has been achieved in such a short space of time and said, 'Primary school sport in Thanet has always been strong, with teachers and sports coaches giving freely of their time to run after school clubs and organise teams. However, there was a great deal of duplication with every sports association having their own committee, treasurer and secretary. Because these associations were working in isolation there would occasionally be a clash of dates for events, which was frustrating for staff, parents and pupils alike, particularly if a child was very sporty. This no longer happens and our calendar, which goes out a year in advance, also allows schools to plan in their trips and sports days accordingly. Basically we have taken over all of the administration, which has freed up school staff to do what they do best - educate and coach.'

Gary continued, 'We are a totally non-profit making organisation which is run by a dedicated committee of primary school practitioners. With the support of The Ursuline College we have set up a unique model of inter-school sporting collaboration in our area that has drawn nationwide attention. Every single primary school in the District has joined Passport, including one private school. For a small annual fee they receive our calendar of events, a regular update giving details of forthcoming events and instead of having to pay affiliation fees to various organisations, such as the Football Association, this is now done centrally. We have been able to negotiate discounts, organise first aid cover, venues and coaching, plus we provide certificates, trophies and medals. One of the hallmarks of Thanet Passport is the distribution of medals. We have discovered that our medals are much sought after by the children and this encourages increased participation.' 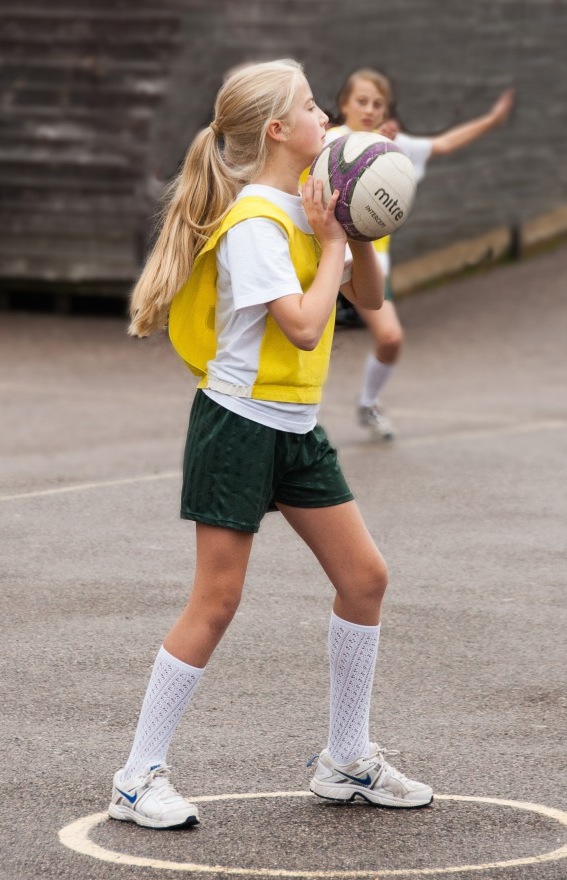 Recognition of our Work

The work of Thanet Passport was recognised last year at the Thanet Sports Awards, where the organisation received the 'Unsung Hero' award. Gary commented, 'This was a great surprise, but it was very gratifying to have our work recognised. However, as our organisation has grown we have become victims of our own success. Although schools pay a small annual affiliation fee, regular sponsorship is now needed to ensure sustainability, expansion into new sports and provision of equipment and coaching. Key partners in our work are Thanet District Council, Margate Football Club and Broadbiz Web Services, and we also receive valuable support and sponsorship from Ramsgate Trophies and Your Leisure.'

The Aims of Thanet Passport

'Our aim is to get as many Thanet children participating in sport as possible, regardless of ability. Fair Play and Team Work is encouraged at all times, as well as the development of skills. Nonetheless, the winners of many of our events do go on to represent Thanet at County Finals, often with great success. We have also established strong links with local sports clubs, such as Thanet Athletics Club, Thanet Wanderers Rugby Club, Margate and Broadstairs Cricket Clubs, Margate FC and Margate Tennis Club. It is particularly satisfying to see many of our youngsters, whose enthusiasm for a particular sport was kindled at primary school, going on to compete at local, county and even international level. If we can get children adopting a life-long commitment to sport and healthy lifestyles then we are satisfied that we are doing a worthwhile job.' 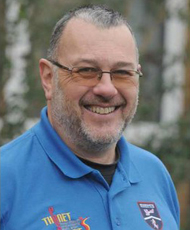 Gary is the Chairman and founder of the Thanet Primary Association for School Sport. As a primary school teacher and PE co-ordinator, he taught in Inner London, Margate and Ramsgate, before becoming Headteacher of Sandwich Junior School for 10 years and Dame Janet Junior School for 6 years.

Having retired from teaching, he is now an Education Consultant and the Administrator of Thanet Passport.

Gary is married with 3 daughters and plays for the Neptune's Hall quiz team, the Nomads Cricket Club - as well as going to watch his beloved Tottenham Hotspur. 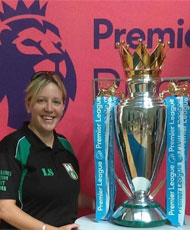 Lisa is a full time PE and Sports specialist at Garlinge Primary and Nursery school in Margate, Kent. She has worked with Schools for over 15 years and coaches all sports. She has a BSc Sports Science degree as well as various coaching qualifications including level 2 Multi Sports.

Her interests are keeping fit as well as playing Football for Thanet Colt Vets; She is also a published author of 'Ready, Steady, Teach PE'. 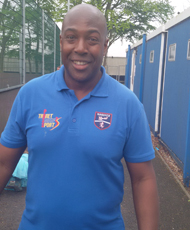 Tony is the Sports Coach at St Saviour's Junior School. 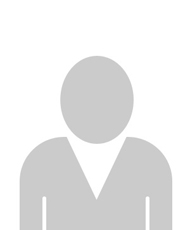 Steven is the PE Co-ordinator at Priory Infant School.

Amelia is based at Garlinge Primary School. More details to follow.

Jack is based at Garlinge Primary School. More details to follow.

Katie is based at Palm Bay Primary School. More details to follow.